“Loud and proud,” the 144th Fighter Wing of the CA ANG will strut their stuff for airshow fans!

The 144th Fighter Wing of the California Air National Guard based in Fresno, CA, provides Air Superiority in support of worldwide joint operations as well as Air Defense of the United States. Additionally, the Wing provides agile combat support, intelligence, surveillance and reconnaissance to combatant commanders around the globe as well as a variety of homeland defense capabilities to U.S. Northern Command (USNORTHCOM). 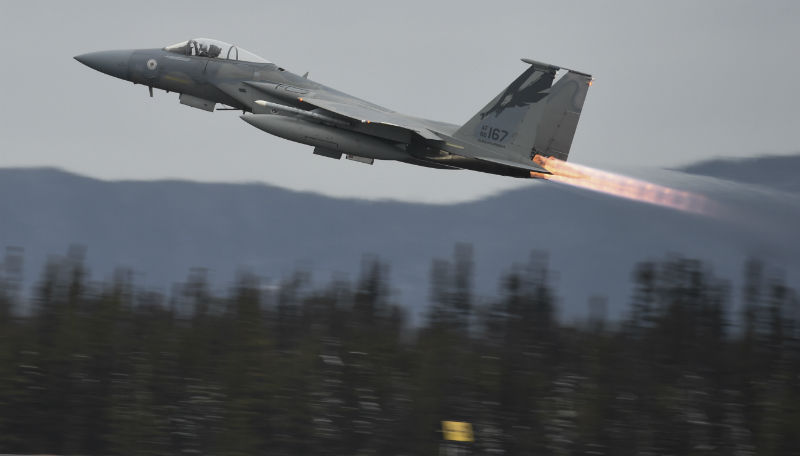 In November 2013, the fleet moved from the F-16 Fighting Falcon to the larger twin-engine F-15 Eagle. The Wing’s current inventory of aircraft includes 21 F-15Cs and F-15Ds that were previously assigned to the Montana Air National Guard, Missouri Air National Guard and Nellis Air Force Base.

The McDonnell Douglas (now Boeing) F-15 Eagle is an American twin-engine, all-weather tactical fighter aircraft designed to gain and maintain air supremacy in aerial combat. The United States Air Force selected McDonnell Douglas’ design in 1967 to meet the service’s need for a dedicated air superiority fighter. The Eagle first flew in July 1972, and entered service in 1976. It is among the most successful modern fighters, with over 100 victories and no losses in aerial combat. 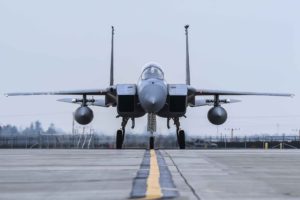 Representing the 144th Fighter Wing and the nearly 5,000 men and women of YOUR CA Air National Guard, Colonel Victor “SIKO” Sikora will be flying the F-15C Eagle with a performance that includes a series of high speed passes, afterburner shock diamonds, and close circuit pattern work with lots of noise at the 2017 Airshow! You will get to see the raw power of the F-15’s dual Pratt & Whitney F100 engines. It’s going to make for some great photos – make sure you’re up close to the action!

Don’t miss your chance to come out and watch this formidable fighter rock the sky!

*Some ticket types have a small convenience fee.
Please note: Aircraft and performers are subject to change without notice, due to operational considerations. If anything changes, we will do our best to let you know. Thank you!