Born from America’s need to train aviators for the Great War, Mather Airport has stood sentinel to the east of Sacramento for nearly a century. Overnight, the base transformed from a lonely domain of cattle and vineyards into a facility where fledgling “man-birds” learned to take flight. Adapted between periods of war to serve as a base for fire control and mail delivery, Mather continued as a keystone of northern California aviation over several decades, even hosting aerial exhibitions that inspired crowds and captivated guests from near and far.

In January 1918, the Department of War sent a cadre of officers to the Sacramento area to survey sites for an aviation school. The group decided on a location about 12 miles southeast of Sacramento called Mills Station. An agreement to lease the land to the Army was resulted, and the construction of some 50 buildings began on March 15, 1918, making it one of the 32 Air Service training camps established upon the United States entry into World War I.

Mills Field, named after the local community, was opened on April 30, 1918. It covered over 700 acres and could accommodate up to 1,000 personnel. Dozens of wooden buildings served as headquarters, maintenance, and officers’ quarters. Enlisted men had to shelter in tents. 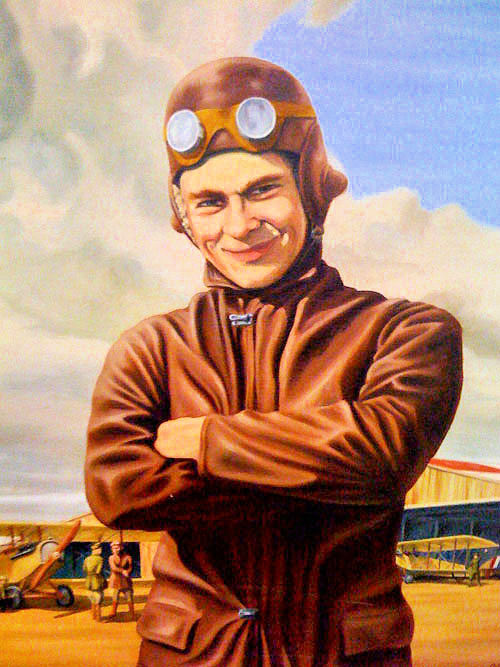 The base was named in honor of 2nd Lieutenant Carl Spencer Mather. Lt. Mather was killed on January 30, 1918 while on a training flight near Ellington Field, TX when his JN-4D “Jenny” collided with another aircraft. The remainder of his class requested that Mills Field be renamed Mather Field in his honor.

Mather Field served as a base for primary eight-week flight training. Aviators then transferred on for advanced training.

At the time, the airfield contained no concrete runways or aprons. Aircraft took off and landed from grass-covered fields. Concrete runways weren’t added until the late 1930s.

Only a few U.S. Army Air Service aircraft arrived with the 283rd Aero Squadron, some of the Curtiss JN-4 Jennys to be used for flight training were shipped in wooden crates by rail. Others were built nearby at North Sacramento’s Liberty Iron Works. 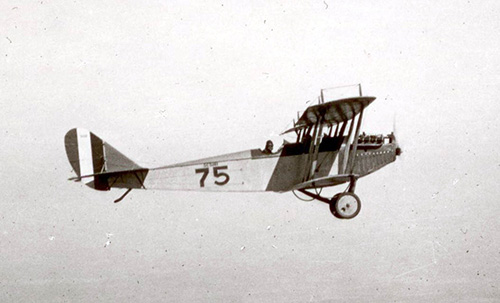 Uncertainty at the end of World War I

With the sudden end of World War I in November 1918, the future operational status of Mather Field was unknown.

Many local officials speculated that the U.S. government would keep the field open because of the outstanding combat record established by Mather-trained pilots in Europe. Locals also pointed to the optimal weather conditions in the Sacramento area for flight training.

Cadets in flight training on November 11, 1918 were allowed to complete their training, however no new cadets were assigned to the base. The separate training squadrons were consolidated into a single Flying School detachment, because many of the personnel at Mather were being demobilized. Flight training activities finally ceased on November 8, 1919.

In December 1919 Mather Field was closed as an active airfield. A small caretaker unit was assigned to the facility for administration. Mather was used by the aerial forestry patrol and intermittently to support small military units.

With the return to a peacetime economy, Mather Field was deemed unnecessary as a military training facility, and it was closed on May 12, 1923. The War Department ordered the small caretaker force at Mather Field to dismantle all remaining structures and to sell them as surplus. Throughout the remainder of the 1920s, the War Department leased the vacant land to local farmers and ranchers.

Inspiring our community, Arthur Serviss Dudley with the Sacramento Chamber of Commerce, fought successfully to keep Mather Field active in 1923 by using the airport to host special aviation events and high-profile aviation visitors. It was believed that Mather Field would eventually become the “Western Cross Roads of Air Transportation”.

The first annual air meet, deemed the ‘Aerial Circus’, was held May 9-10, 1925. The event advertised and delivered fancy flying, aerobatic stunts, dogfights, 90 airplanes and the chance to visit California’s Capital – “the city of a speeding present and brilliant future”. Both days of the meet ended in a smoke-filled grand finale of simulated bomb drops over a mythical city. 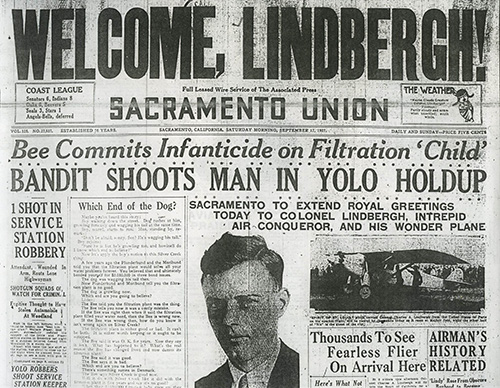 World-famous Charles Lindbergh, at the age of 25, went from obscurity as a U.S. Air Mail pilot to instantaneous world fame by accomplishing the first solo transatlantic flight, and the first non-stop flight between North America and mainland Europe in 1927. Then, in September of that same year, landed the ‘Spirit of St. Louis’ at Mather Field. He was welcomed by huge crowds, parades and a multitude of special events. 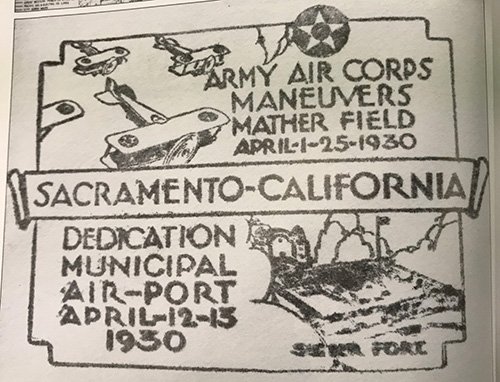 Mather Field was reactivated on April, 1 1930 as a sub post of the Presidio of San Francisco and Hamilton Field during the 1930s, and of Stockton Field briefly in 1941. Soon, Mather was again alive with activity, though the renovation process was incomparable to the original base construction.

Standing the test of time, this magnificent airfield served as a training center for every branch of the U.S. Armed Forces, NATO and our Allies, before becoming a world-wide blueprint for a postwar community and the re-purposing of a massive and historic military facility as Mather Airport. Stay tuned for more fascinating Mather history in the coming months.