We promised you “BIG!” news and here it is … 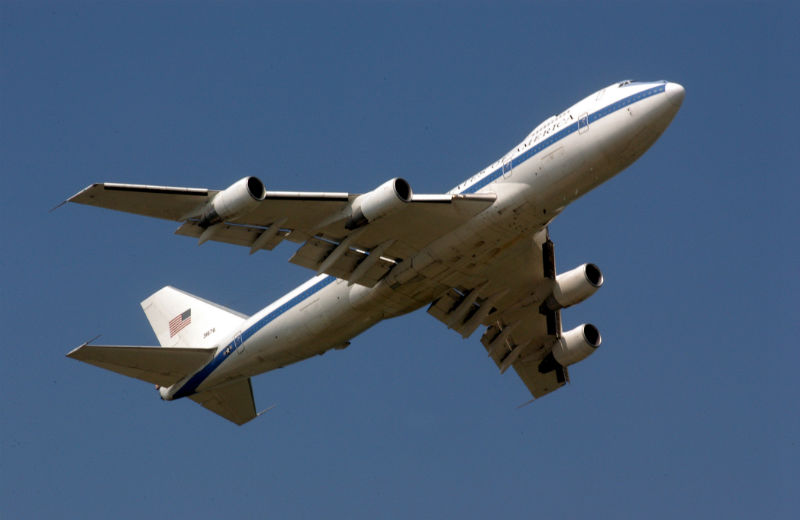 The 2017 California Capital Airshow is very fortunate to be the ONLY airshow in the world to host a flying E-4B Advanced Airborne Command Post. This unique aircraft is a militarized version of the Boeing 747. It is only one of 4 of its kind…plus it’s MASSIVE!

“It’s not often that we get to showcase the E-4B to the public, so this
is certainly a rare and exciting opportunity for the men
and women of the 1st Air Command and Control Squadron.“
– Lt. Col. Mike Brazelton, E-4B “Nightwatch” Pilot

E-4B Mission
“The E-4B serves as the National Airborne Operations Center and is a key component of the National Military Command System for the President, the Secretary of Defense and the Joint Chiefs of Staff. In case of national emergency or destruction of ground command and control centers, the aircraft provides a highly survivable command, control and communications center to direct U.S. forces, execute emergency war orders and coordinate actions by civil authorities. The conduct of E-4B operations encompasses all phases of the threat spectrum. Additionally, the E-4B provides outside the continental United States travel support for the Secretary of Defense and his staff to ensure Title 10 command and control connectivity.” 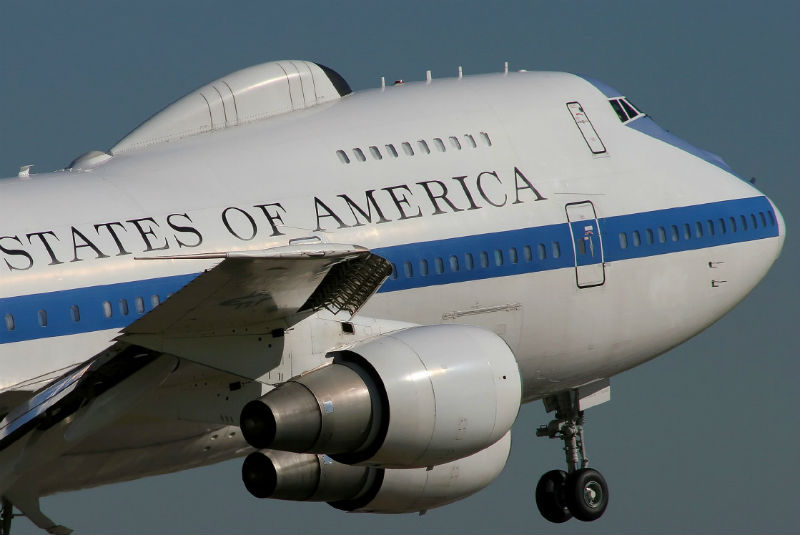 The E-4B is protected against the effects of electromagnetic pulse and has an electrical system designed to support advanced electronics and a wide variety of communications equipment. An advanced satellite communications system provides worldwide communication for senior leaders through the airborne operations center. Other improvements include nuclear and thermal effects shielding, acoustic control, an improved technical control facility and an upgraded air-conditioning system for cooling electrical components.
On 24-7 Alert!
To provide direct support to the President, the Secretary of Defense, and the JCS, at least one E-4B NAOC is always on 24-hour alert, 7-days a week, with a global watch team at one of many selected bases throughout the world.

In addition to its national and NC2 mission, the E-4B provides support to the Federal Emergency Management Agency, which provides communications and command center capability to relief efforts following natural disasters, such as hurricanes and earthquakes.”

Come on out and Marvel at this Amazing Airplane!
The E-4B will fly-in, conduct a series of awe-inspiring passes, and then return to its secure location daily. The airplane so rarely flies in front of the public, that we had a difficult time finding pictures. So don’t miss this very special opportunity to see and photograph an extraordinary airplane on September 9 and 10!

Please note: Aircraft and performers are subject to change without notice, due to operational considerations. If anything changes, we will do our best to let you know.

*Small convenience fee may apply based on ticket type.