IMPORTANT UPDATE: Fat Albert was unexpectedly RETIRED and will NOT appear at the 2019 Airshow. Rest assured, the rest of the Blue Angels will perform their spectacular demonstration in October!

‘Fat Albert Airlines’ will be making its way to the California Capital Airshow IN OCTOBER! 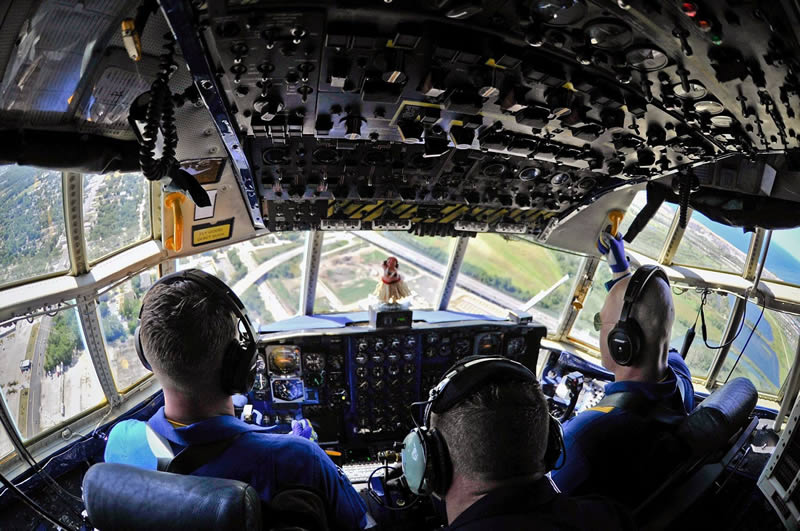 It’s been 11 years since we’ve seen him in Sacramento, but this October 5th and 6th you will see this star strut into town in all his blue and gold glory! We are talking about the iconic U.S. Navy Blue Angels dedicated support aircraft, a very special C-130 known as ‘Fat Albert’.

The C–130 Hercules (named after mythological hero known for his strength and courage) is one of the most dependable, versatile aircraft ever produced. Since 1954, more than 2,500 of these squat-stance, bulbous nose aircraft have been produced boasting four big turboprop engines, and a massive fuselage. What this airframe lacks in sleekness it more than makes up for in heart. 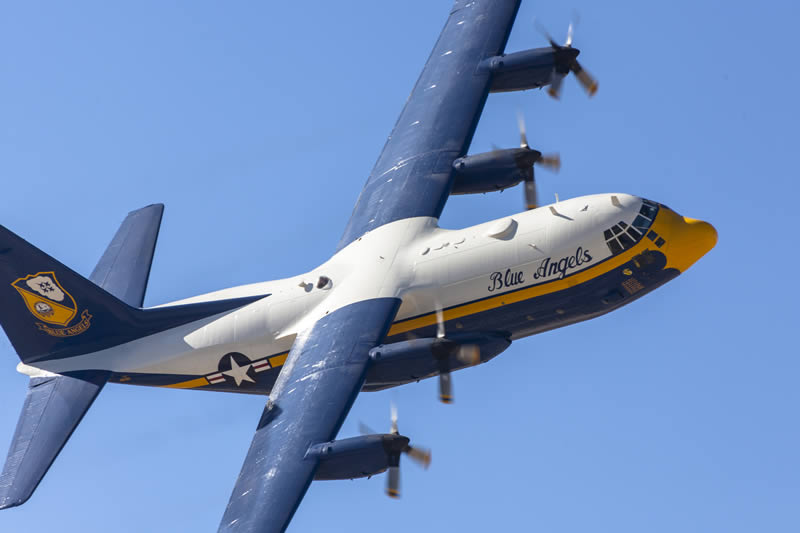 The Hercules’ awesome capability makes it a true Super Hero to the U.S. Air Force, Navy, Marines, Coast Guard, NASA, and foreign militaries and commercial operators all over the world. Simply put, the C-130 is a do-anything aircraft and its service record shows it. The C-130 has flown at least 100 different types of missions in its 63-year life and logged over one million flight hours of duty. More than six decades after its first flight, the C-130 is still going strong.

The C-130 aircraft joined the United States Navy Flight Demonstration Squadron in 1970. This particular aircraft (shown here) has served with the team since 2002 but recently underwent an extensive overhaul causing ‘Ernie,’ a KC-130T, to fulfill the support role for the Blue Angels.

The Blue Angels’ beloved transport plane stole the show when it returned to the skies in late 2018…spectators cheered and were delighted to see ‘Fat Albert’ back in the air. He has never been shy when it comes to performing for the public; ‘Fat Albert’ flies its own demo at many show sites as the opening act to the Blue Angels six F/A-18s, and it’s very impressive.

We are only three shows into the 2019 season and he’s putting on one heck of a show! Don’t miss out on the chance to see ‘Fat Albert Airlines’ fly and meet the all-Marine crew led by pilots Lieutenant Colonel Mark Montgomery and Captain Beau Mabery at Mather Airport this October 5th and 6th!

Insider ONLY Deep Discount Ticket Launch (Save up to 50% OFF*) is set for Wednesday, July 24th at 12:00 PM (Noon) PT. Keep an eye on your inbox for the special INSIDER ONLY purchase link at Noon on July 24th! Please Remember: It’s the Blue Angels this year, so discount tickets are going to SELL OUT … FAST!!!